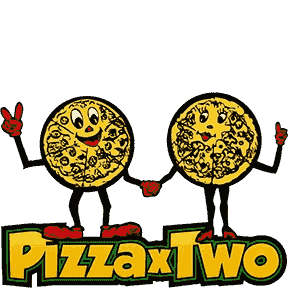 It's All in the sauce

Since 1987 we have continued to strive to provide you the best, using the freshest and highest quality ingredients we can find. We pride ourselves in serving the same quality food we would put on our own home table.

Take Out or Delivery

We have worked hard to prepare meals in a way that lets you bring the quality of our meals into your home. We always love to see you dine-in, but we offer easy pick-up and delivery options.

Pizza x Two has been serving Long Beach neighborhoods since April, 1987, with the opening of our first store. In August of that same year, a second location was opened. By 1993, we had grown to five locations. As our families grew, the desire to downsize offered valued employees the opportunity to purchase thriving businesses and build their own dreams. As of 2010, we were back to where it all began, with one location, the Pizza x Two at 2211 East 7th Street. This is the only location currently owned and operated by the original owners and creators of Pizza x Two.

Our food is made fresh for easy delivery or pick up.